Tsushima Leopard Cats inhabit only the island of Tsushima. They are about the same size as domestic cats; however, the differences are that Tsushima cats have stripes on the middle of their forehead and have rounded ears with white spots on the back. They were designated as a national natural treasure in 1971. Tsushima cats are also listed as endangered species. 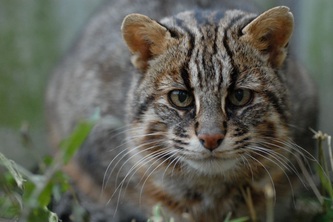 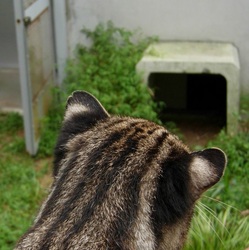 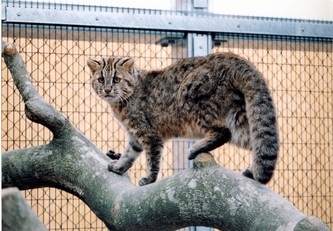 During the 1960~1963 investigation, there were 250~300 Tsushima cats living in Tsushima. However, the number has decreased to 80~100 today. Such reasons are: decrease in habitat availability, traffic accidents, and infectious diseases from domestic cats. 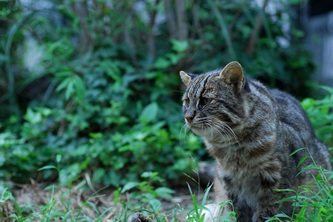 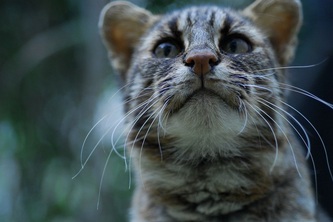 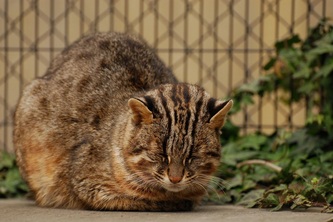 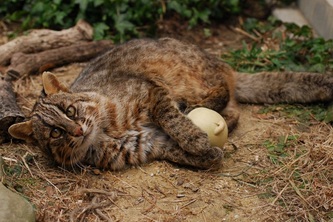 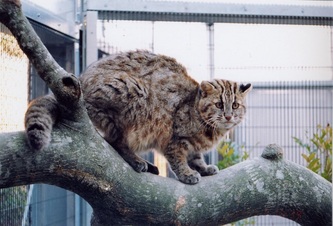 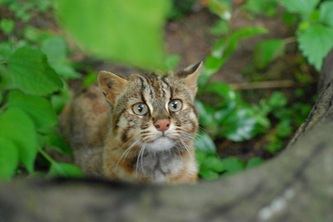 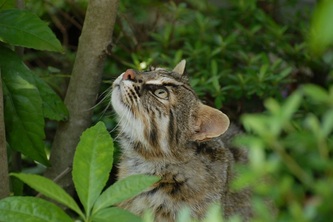 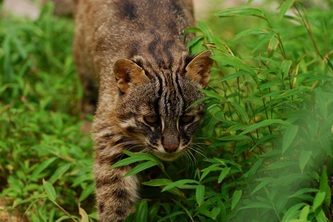 From 2011, the ministry plans to build a training facility for captivity-bred Tsushima cats so that they can return to the wild in the near future. The facility is planned to be built in Ayumodoshi nature park in Izuhara.